When it comes to fleet safety, dash cams are a popular topic of discussion. But how do dash cams help, and are they really worth the investment?

Here at Samsara, we design dash cams to support the work that fleet managers and safety directors do every day. Whether used to increase visibility into driving behavior or to record evidence that can exonerate a driver, dash cams provide crucial information that helps fleets enhance safety.

We talked with a few fleet managers to find out how dash cams are impacting their operations.

Broco Oil, an oil company based in Massachusetts, has a fleet of 30 heavy duty vehicles that complete both long haul deliveries across state lines and local residential deliveries. In February 2018, Broco Oil discovered how valuable video footage could be for their business. A truck that was testing one of Samsara's HD dash cams was driving down the highway when a car sideswiped its front right bumper.

Vice President Angela Brown received an alert from her Samsara dashboard about the accident and downloaded the video footage, which showed that their driver was not at fault. Within 20 minutes, Brown provided the video of the incident to the police officers on the scene. Once the driver of the other vehicle heard Broco Oil had footage of the incident, he admitted to not looking before changing lanes.

“A dash cam without a doubt proves that it was the car’s fault,” said Brown. “Without that, it would’ve cost me $100K in claims.”

Because of the dash cam footage, Brown successfully exonerated her driver, as well as avoided a lengthy claims process and potential legal battle. Broco Oil soon purchased a dozen dash cams to install in the busiest trucks in their fleet.

Since opening in 2007, Broco Oil has had a perfect safety record with no accidents. In the past year, however, trucks in Broco Oil’s fleet have gotten into 10 fender benders. As Brown thinks about her upcoming insurance renewal, she’s glad they invested in Samsara dash cams.

“The most recent accident involved one of our trucks with a dash cam, and the footage proved it wasn’t our fault,” said Brown. “I’ll tell our insurance company about the dash cams we have, how they’ve helped us exonerate our drivers, and I’m hoping they won’t drop us.”

As part of their safety program, all of R-K-Campf’s drivers get defensive driving training, but the curriculum has been around for years and the videos haven’t been updated for a long time. Peterson found it difficult to keep drivers engaged with the safety material until she started using Samsara’s integrated platform and installed dash cams in the company’s trucks.

“What we’re seeing with Samsara, which is new for us, is drivers calling in proactively about incidents - even if it’s not something that happened to them,” Peterson said. “I get calls about something crazy they witnessed on the road with the time and location, and then I can pull that footage for training purposes.”

Besides near-miss situations, Peterson uses Samsara’s harsh event alerts to address repetitive driving behavior that is indicative of a continuous issue. “Before, I didn’t have much of a leg to stand on, so I find the ability to pull video for training and coaching invaluable,” she said.

Peterson has started compiling a reel of video clips of incidents to put together realistic situations for training. As she builds out the company’s safety program, Peterson plans to hold safety meetings where she will walk through scenarios with drivers and have them share different ways of responding with unexpected situations.

“Having our drivers be able to take part in their own safety awareness is amazing,” said Peterson. “Video footage of these real-life situations that our own fleet has encountered is more effective than any scenario recreated for a traditional driver training video.”

Interested in finding out more? Check out how dash cams can help you protect your drivers, your fleet, and your business. 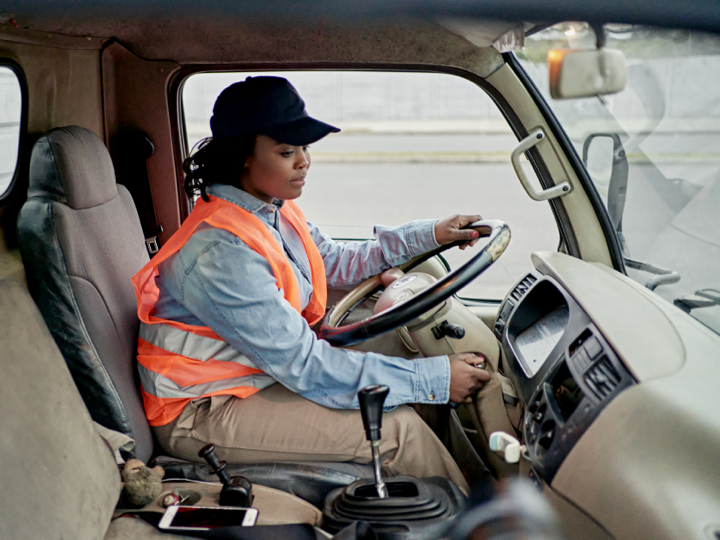 3 Ways to Appreciate Drivers and Improve Their Experience

The Future of Operational Safety in a More Remote World: Q&A with Alexander Stevenson

4 Tips to Prepare for the 2021 International Roadcheck

Creating a Dash Cam Program with Union Drivers: Tips from a Teamsters Expert