Blog > 3 Things to Know About the Split Sleeper Berth Rule 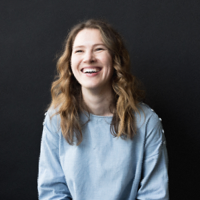 3 Things to Know About the Split Sleeper Berth Rule

Is your fleet navigating the FMCSA emergency COVID-19 HOS suspension? Read our FAQ to learn what the new rules are, if they apply to your fleet, and how to adjust your operations to stay compliant. Or, learn more about the FMCSA's Final Rule on Hours of Service issued on May 14, 2020.

Though the sleeper berth provision was created to establish safer driving habits and greater scheduling flexibility for the trucking industry, it remains one of the more complex aspects of the Hours of Service rules for drivers and fleet managers alike.

The reason behind all the confusion? It’s largely due to an amendment the Federal Motor Carrier Safety Administration (FMCSA) introduced to the sleeper berth provision—the split sleeper berth ruling. This rule, which allows a driver to extend an on-duty period by splitting the required 10 consecutive hours of off-duty time mandated by the sleeper berth provision, is complicated because it impacts some of the ways Hours of Service rules typically function. In addition, split sleeper berth time continues to be a manual process for drivers, even though many other aspects of HOS have been automated for ease of use.

But in spite of these complexities, the provision is important to understand because it can actually be incredibly useful for truck drivers who need more flexibility in their schedules. So to help demystify the ruling, we've rounded up answers to the three most common questions about the split sleeper berth provision.

1. Why would a driver want to take split sleeper berth time?

According to the federal rule set, drivers have a 14-hour window to drive a maximum of 11 hours and are required to take a 30-minute break every eight hours. The sleeper berth provision states that once these driving limits are reached, a driver is required to be off-duty for at least 10 consecutive hours (for property-carrying CMVs) before they can resume driving. The “driving clock” can only be reset when operators take the minimum 10-hour break.

But this 14-hour rule can actually prove to be problematic for drivers, particularly if the time it takes to complete a route misaligns with the operating hours of a destination. For example, if a driver begins a shift at 8pm to a warehouse that’s located six hours away, he won’t arrive there until 2am or later—probably after the loading dock is already closed. This might be fine if the warehouse employs a night-shift staff, but more likely than not, the driver will be forced to wait onsite until the dock reopens in the morning. Under Hours of Service regulations, any time a driver spends at a docking station will count toward his 14-hour on-duty window.

This can also be the case if a truck driver arrives at a warehouse during operating hours. In the past four years alone, docking station wait times of six hours or more have increased by 30% across the United States. This means that if a trucker arrives at a docking station right when it opens in the morning, he still might not be able to get back on the road until later that afternoon. This makes it difficult for truckers to schedule their time and even more difficult to adhere to strict driving windows set by the FMCSA.

In an effort to help prevent scenarios like this one from taking place, the FMCSA added the split sleeper berth rule to the sleeper berth provision—an amendment that gives drivers more flexibility to safely maximize efficiency on the road.

2. How does the sleeper berth provision work?

The split sleeper berth rule allows a driver to extend an on-duty shift by splitting the required 10 consecutive hours of off-duty time into two shifts. This allows drivers to adjust schedules for things like longer hauls or warehouse hours by “dropping-in” a rest break that pushes out a 14-hour driving period.

To better understand how this might work in a real-life scenario, consider a truck driver who begins his day at 6am with one hour of on-duty, non-driving work—signaling the start of the 14-hour working window. At 7am, the driver starts driving for five hours until 12pm, using five hours of the 11-hour drive time and six hours of the 14-hour clock. At this point, the driver takes an 8-hour break in the sleeper berth which effectively pauses the 14-hour clock. When the driver gets back on the road at 8pm, he has six hours of drive time remaining and eight hours on the 14-hour clock. He then drives for six additional hours before taking two hours of off-duty time. Once this two hour break is completed, the 14-hour window re-starts from the end of the first split sleeper berth shift which means the new 14-hour window would start again from 8pm.

Although it might appear that the driver is in violation of the 14-hour limit when he completes the last six hours of drive time, it’s important to remember that the split sleeper berth permits the 14-hour window to be extended by re-starting after the end of the first shift. Under the FMCSA rules, the combination of the two rest periods is considered the equivalent of a 10-hour break.

3. How does a driver split sleeper berth time?

As part of the new HOS rules that went into effect on September 29, 2020, drivers can now split their required 10 hours off-duty in either an 8/2 split or a 7/3 split. Neither option will impact the 14-hour driving window. To learn more about the split sleeper berth exception and other key HOS changes that went into effect, read more here.

The best way to prevent sleeper berth violations and abide by Hours of Service regulations is to use an ELD compliance solution. Samsara's electronic logging device is an FMCSA-registered ELD that connects to the engine's OBD port and automatically collects vehicle data throughout the day. This, combined with the HOS electronic log book in the Samsara Driver App, provides fleets with an accurate and complete read of their compliance.

Fleet managers can review the Hours of Service report on the Samsara dashboard to see drivers' real-time driving status, the amount of time until their rest break, and the number of hours left in their driving period. To do this, simply toggle the ‘Duty Status’ to ‘Sleeper Berth’ time to see exactly how much time a driver has spent in that status and how much ‘drive’ and ‘shift’ time remains in their cycle.

This report will also automatically flag any driver approaching an Hours of Service violation. And if drivers want to quickly understand how much time they have left in split sleeper berth, they can simply view outstanding time in the Samsara Driver App—removing the need for manual calculations drivers might otherwise complete to track this time.

To learn more about Samsara's ELD compliance solution for Hours of Service, reach out for a free trial or demo today.

How to Navigate Progressive Enforcement of the Canadian ELD Mandate

Learn how the Canadian ELD mandate will be enforced and get best practices to prepare your fleet for the progressive enforcement period...

3 Ways to Prepare Your Fleet for the Canadian ELD Mandate

Samsara has partnered with Frontline Commercial Vehicle Solutions, to help you prepare for the Canadian ELD mandate, which goes into ef...

Samsara offers a comprehensive ELD solution to support the Canadian ELD mandate and keep your fleet in compliance with Transport Canada...