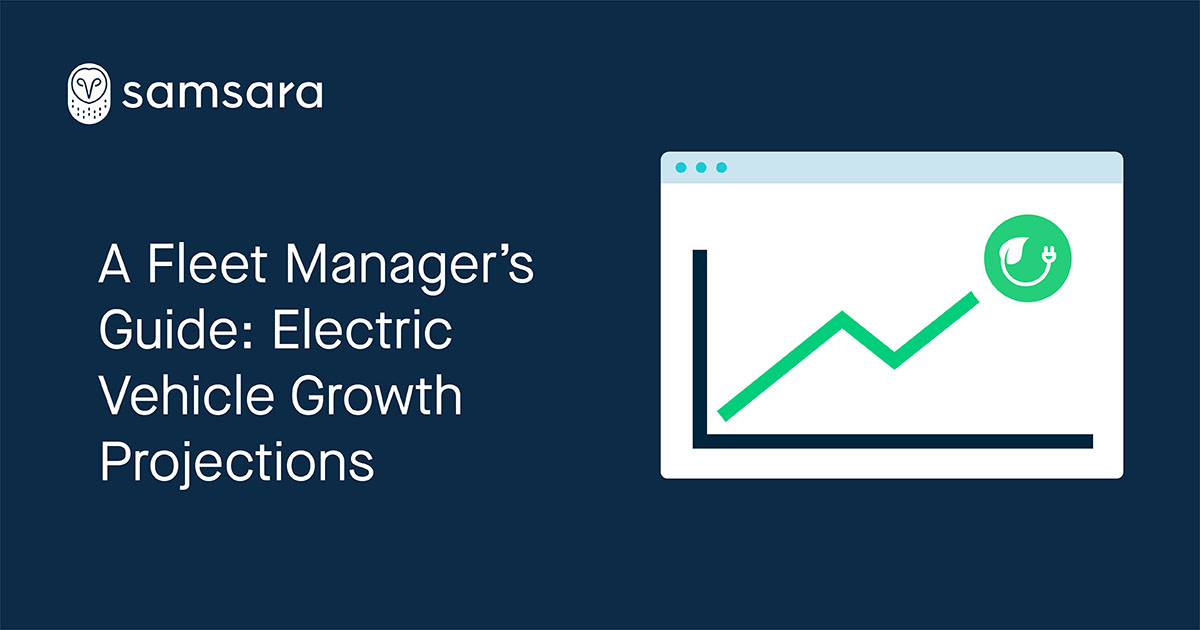 By 2030, the electric vehicle (EV) market is expected to surpass 26 million vehicles in EV sales, up from just 2.2 million in 2019. According to the International Energy Agency, there will be 125 million electric cars on the roads by 2030. But what’s fueling the EV market’s rapid growth? Read on to learn more.

In 10 years, electric vehicle production is projected to account for 10% of light duty vehicle production, up from 4% last year (2019). Additionally, electric vehicles are expected to surpass traditional vehicle market share with 51% of all light duty vehicles sold. In order to understand these growth projections, we looked at what’s driving EV adoption across the globe.

One of the biggest contributing factors to EV growth projections is the increase in automakers entering in the electric vehicle car market. In the past few years, traditional automakers such as Volkswagen, Ford, BMW, and Nissan have made heavy investments in battery electric vehicles and plug-in hybrids, making electric cars more available alternatives to traditional commercial vehicles.

Both new and existing EV automakers have more than 100 electric vehicle models in the pipeline for the next three to five years. In fact, Bloomberg predicts that there will be over 500 EV models globally by 2025. In addition to developing new models, many automakers have also made heavy investments in EV charging infrastructure across North America to accommodate the influx of new EVs on the roads.

Here are a few of the automakers across the world who are currently manufacturing electric vehicles:

The number of EV automakers isn’t the only thing fueling EV market growth. Many traditional automakers have recently entered the market due to falling battery costs. Because EV batteries are the single most expensive component of an electric vehicle, the lower battery prices open up opportunities for more affordable EV models.

From 2010 to 2019, lithium-ion battery pack prices have fallen from $1,100 per kilowatt-hour (kWh) to $156/kWh—an 87% decrease. By 2023, Bloomberg New Energy Finance predicts that prices will fall below $100/kWh, making electric cars an even more attractive option for carmakers and consumers.

To help lower the costs of electric cars, many governments in countries such as the United States, China, Germany, France, and Japan, have implemented subsidies and financial incentives for consumers and businesses. Some more extreme policies even prohibit the registration of internal combustion engine vehicles, forcing consumers and fleets to switch to EVs.

In the United States, all-electric vehicles and plug-in hybrid electric vehicles purchased in or after 2010 were eligible for a federal tax credit of up to $7,500, depending on the capacity of the vehicle’s battery. But starting January 1, 2020, Congress suspended the incentive program.

In recent years, both governments and Original Equipment Manufacturers (OEMs) have invested in the development of charging stations. In fact, since 2010 the U.S. has added more than 55,000 new charging stations. Increasing charger availability will help fuel EV market growth by increasing accessibility and consumer confidence in charging infrastructure.

Due to the sharp rise in greenhouse gases associated with traditional internal combustion engine vehicles, consumers, businesses, and local government fleets are more motivated than ever to switch to zero-or low-emissions vehicles.

With zero CO2 emissions, battery electric cars are better for the environment and can help improve air quality in cities and municipalities. Similarly, hybrid vehicles and plug-in hybrids emit far fewer emissions than traditional vehicles. What is the future of electric vehicle sales?

What is the future of electric vehicle sales?

Why should your fleet care about electric vehicle market growth?

Whether your fleet is looking to lower emissions or reduce costs, the growth of the EV market is good news. As automakers scale up production and offer new models, prices will continue to drop and the adoption of electric vehicles will become a more realistic option for your fleet. Here are some of the biggest benefits of fleet electrification:

Organizations and local governments, such as the City of Boston’s public works department, have had success using electric cars to improve citizen services and reduce their environmental impact. With miles of range between 200 and 350 miles, local government fleets and organizations with light-duty vehicles should consider electrification to replace their current vehicles for shorter trips.

As the automotive industry continues to expand their EV offerings and your fleet considers electrification, be sure to have a telematics solution in place to make EV fleet management simple and efficient.

3 reasons to choose Samsara to monitor your electric vehicle fleet

2. Samsara helps you stay charged and reduce costs: With the Samsara EV Charge Stations Map Overlay, you can see nearby charging station information including open hours, available charging types, and more so you can find the closest station available and plan routes accordingly. Additionally, with the Charging History report, you can identify when vehicles are charging at peak times and coach your team to charge in off-peak hours to reduce costs.

3. Samsara is one unified platform for all of your vehicles: Whether you have electric vehicles, hybrids, or gasoline powered vehicles, Samsara allows fleet managers to monitor all of their vehicles in one, easy to view dashboard. With features to assess the suitability of electrifying your fleet, Samsara provides our customers with the tools they need to reach their sustainability and cost savings goals.

Learn more about how Samsara can help you build your electrification strategy with our new eBook today.