The Complete Guide to Electric Vehicles for Fleets 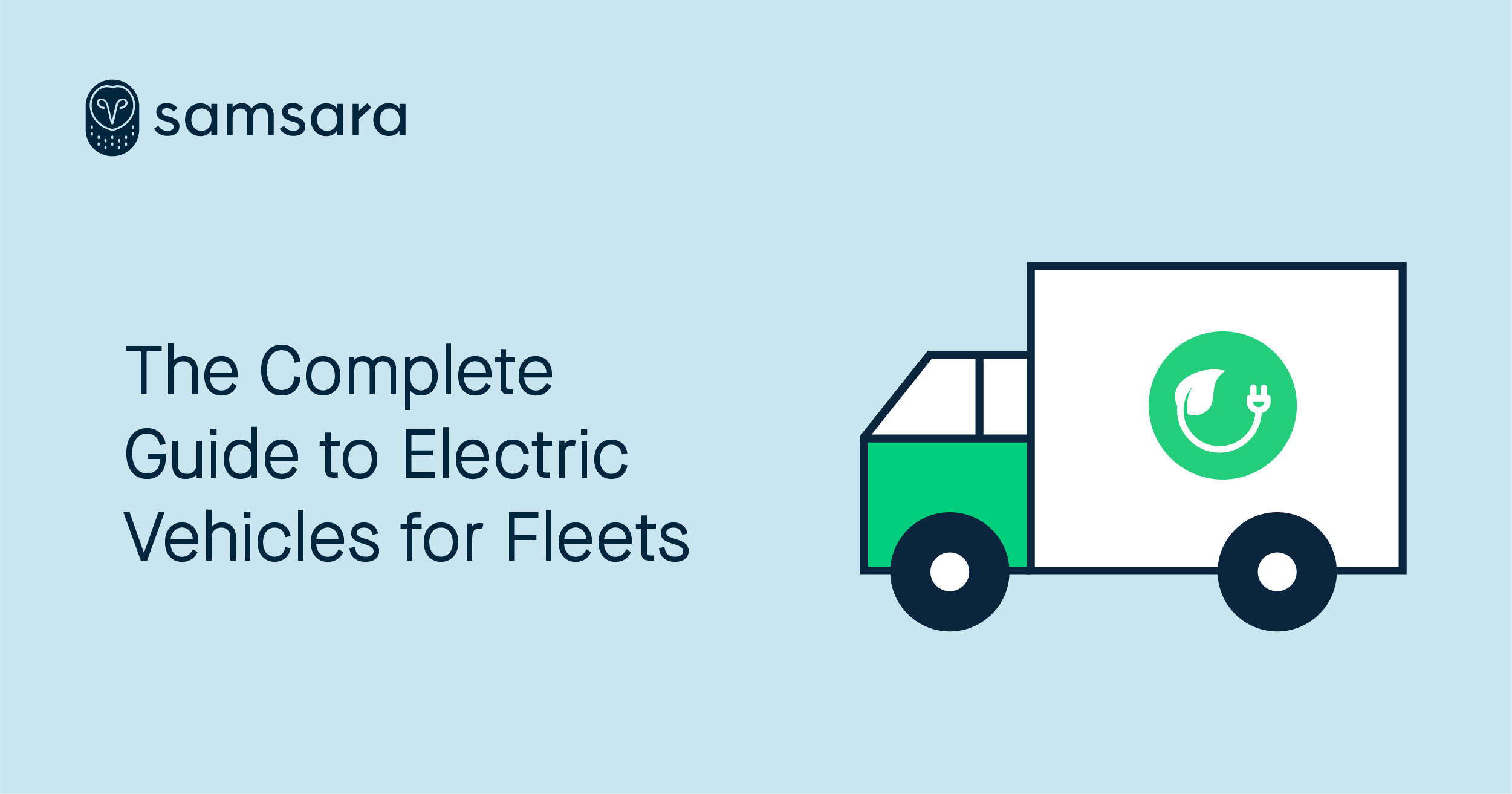 With fuel costs on the rise and more government pressure to switch to greener alternatives, many organizations are adding electric vehicles to their fleets to help lower operational costs and carbon emissions. Though there’s more interest in electrifying fleets because of cost saving opportunities, some fleets are left wondering what the real benefits are from switching to electric vehicles.

What are electric vehicles and how do they differ from internal combustion engines (ICEs)?

Before you start evaluating the benefits of electric vehicles for your fleet, it’s important to recognize the differences between the three types of EVs.

Automakers who make this type of electric vehicle

Plug-in hybrid electric vehicles (PHEVs) can recharge their batteries in one of two ways: with regenerative braking, and by plugging in to an external power source.

Hybrid electric vehicles are powered through both electricity and gasoline, and utilize regenerative braking to power their engines.

What can you use electric vehicles for?

In the past few years, electric vehicles have become popular for consumers and organizations alike. Consumers increasingly use electric cars for their commutes and short range trips, while organizations and local governments, such as the City of Boston’s public works department, use electric cars to improve citizen services and reduce their environmental impact.

In addition, public sector fleets have begun introducing electric vehicles into their fleets to save on operational costs and are beginning to fully electrify their older internal combustion engine vehicles.

With miles of range between 200 and 350 miles, local government fleets and organizations with light-duty vehicles should consider evaluating electric vehicles to replace their current vehicles for shorter trips.

What is regenerative braking?

Each time a driver brakes in a traditional ICE vehicle, energy is produced, turned into heat, and then essentially wasted. In order to minimize energy waste and recapture the energy emitted from braking, all-electric vehicles and hybrid electric vehicles use a system called regenerative braking.

When a driver operates a vehicle with regenerative braking, the brakes put the vehicle’s engine into reverse mode, causing it to move backwards and slow the car’s wheels. This allows the motor to act as an electric generator which produces energy that is used to power the car’s batteries.

Not only does regenerative braking improve the fuel economy of a vehicle but it also extends the charge of an electric vehicle’s battery by creating energy that otherwise would not have existed.

What are electric vehicle charging stations?

The 4 main benefits of electric vehicles

Despite the challenges and occasional drawbacks of owning electric vehicles such as limited range and charging infrastructure, there are several benefits that can have a big impact on your fleet’s bottom line. By investing in electric vehicles, your fleet can:

What to evaluate when deciding to invest in electric vehicles

There are several factors that go into the decision to invest in electric vehicles. When evaluating your electric car options, take the following criteria into consideration:

What tax credits are available for electric vehicles?

For over ten years, the federal government provided tax credits to incentivize consumers to purchase electric vehicles. In the United States, all-electric vehicles and plug-in hybrid electric vehicles purchased in or after 2010 were eligible for a federal tax credit of up to $7,500, depending on the capacity of the vehicle’s battery. But starting January 1, 2020, Congress suspended the incentive program.

Despite losing the federal incentive program, automakers like Tesla and General Motors are optimistic that state incentives will not dampen sales. States like California and Colorado offer electric car tax credit programs, allowing electric vehicle owners to claim tax credits of $5,000 per BEV and PHEV. Learn more about tax credit programs in your state here.

Why fleets should use telematics to track electric vehicles

For fleets looking to make the most of their electric vehicle investment, telematics is the next critical step.

For many EV fleets, not having sufficient battery to complete a round-trip or not being able to find a charging station in time is a major concern. Since electric vehicles can take over eight hours to fully charge, electric vehicle fleets require a major shift in driver behavior. Those unaccustomed to electric cars might forget to stop and charge in time, putting themselves at risk of being unable to complete their job.

3 reasons to choose Samsara to monitor your electric vehicle fleet

2. Samsara helps you stay charged and save on costs: With the Samsara EV Charge Stations Map Overlay, you can see nearby charging station information including open hours, available charging types, and more so you can find the closest station available and plan routes accordingly. Additionally, with the Charging History report, you can reduce costs for charge times during peak hours and save money.

3. Samsara is one unified platform for all of your vehicles: Whether you have electric vehicles, hybrids, or gasoline powered vehicles, Samsara allows fleet managers to monitor all of their vehicles in one, easy to view dashboard. With features to assess the suitability of electrifying your fleet, Samsara provides our customers with the tools they need to reach their sustainability and cost savings goals.