Simco Logistics, one of the largest ice cream distributors in the Mid-Atlantic, uses Samsara for safety, temperature monitoring, and ELD compliance.

Drazen and his team decided to install Samsara dual-facing dash cams across their entire fleet with the goal of modernizing the company’s safety program and measuring the impact of safety initiatives. Instantly, the team was able to track and review HD footage from harsh driving events, as well as receive real-time alerts and reports. They could see what was happening and knew how to improve it.

“We’ve succeeded in selling a safety mission to our driver employees. It has been a game changer.”

Driver coaching is a key part of Simco’s safety program. Every day, Drazen logs onto his Samsara dashboard and reviews his Safety Inbox to identify and star harsh driving events that he wants to coach drivers on. 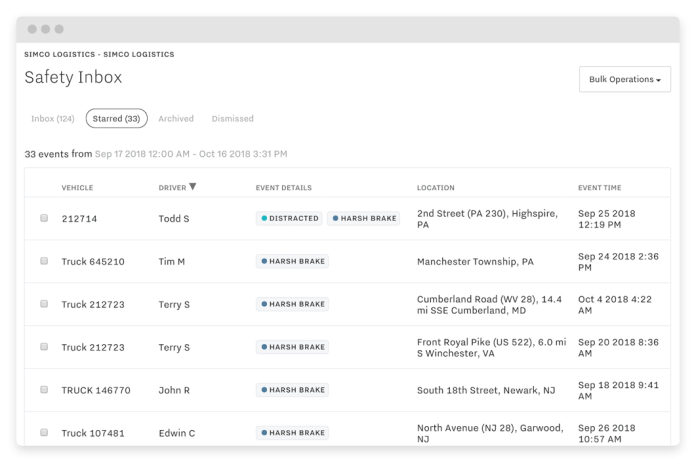 The program is effective because drivers know that events will be reviewed and that they’ll receive regular feedback. “When you interact with drivers and coach them right away, it makes a big difference. Now our drivers aren’t having as many harsh events. We are seeing a big improvement.”

Drazen also holds quarterly coaching sessions with his entire driving team. During those sessions, Drazen replays important driving footage to demonstrate lessons about risky behavior like following too closely and distracted driving. By sharing real footage, as opposed to purchased safety training videos with actors, the sessions are more effective and eye-opening, according to Drazen.

“Videos have been the biggest tool in getting guys to buy in.”

With the help of Samsara, Simco has streamlined coaching for over 150 drivers by prioritizing review of the most high-risk events and by proactively coaching in group sessions. In just one year, Drazen has seen a 75% reduction in harsh driving events, down from 20 to 30 harsh events in his Safety Inbox daily to less than 5 events a day.

An added benefit of in-cab dash cameras is being able to exonerate drivers who are wrongly accused of causing accidents. For Simco, this is an all-too-common issue. Just recently, one of Simco’s tractor trailers was driving on the highway below the speed limit, when a light duty vehicle swerved in front of him, forcing both vehicles off the road. Nobody was hurt, but both drivers claimed the accident wasn’t their fault.

In the past, Simco wouldn’t have had evidence to prove who was right or to defend their driver. In all likelihood, Simco would have paid the claim and legal fees. “You could be on the hook for a significant amount of money. It’s a huge deal,” said Drazen. Now, with video proof showing that the driver was not at fault, “we are 100% exonerated,” he said. “That’s a clear benefit of having Samsara.”

Beyond safety: Temperature monitoring for FSMA

In addition to improving safety, Simco also uses Samsara for temperature monitoring. As a distributor of temperature-sensitive goods, Simco must follow the FDA Food Safety Modernization Act (FSMA). The new FSMA rules, which went into effect in 2017, require that food distributors keep meticulous temperature records during deliveries to prove that food is always kept at safe conditions. “It’s a big deal,” according to Drazen. To comply with FSMA, Simco installed Samsara environmental monitors in all of their vehicles to continuously track and record temperature with no manual effort.

In addition to meeting governmental requirements, the sensors also help Simco identify refrigeration failures early. Drazen estimates that before Samsara they would lose around 5 loads each year, amounting to tens of thousands of dollars of spoiled goods. Now, Simco receives automatic alerts when trucks have temperature abnormalities. They don’t have to manually monitor if power is lost, and leadership has peace of mind that products are always kept at the optimal temperatures.

The benefit of Samsara: ROI of less than one year

When they were first evaluating dash cam providers, what ultimately convinced Drazen and his team to adopt Samsara was the company’s product velocity and commitment to innovation. “Samsara not only provided the best option at the time, but when we had ideas or made suggestions, they incorporated those ideas to make the technology better for us and for everybody,” he said. “Samsara is very responsive.”

Now one year later, Simco has reduced their accident rate by 50% and reduced the cost of those accidents by 60%. “We're having much fewer accidents, and the ones we're having are more minor,” said Drazen. “From an economic standpoint, the ROI for us is probably less than a year, which is amazing. The numbers are so big that now we get that benefit every year after.”

"Samsara has been a great investment for the company, one that I know everybody's happy we made.” - Alan Drazen, VP of Simco Logistics 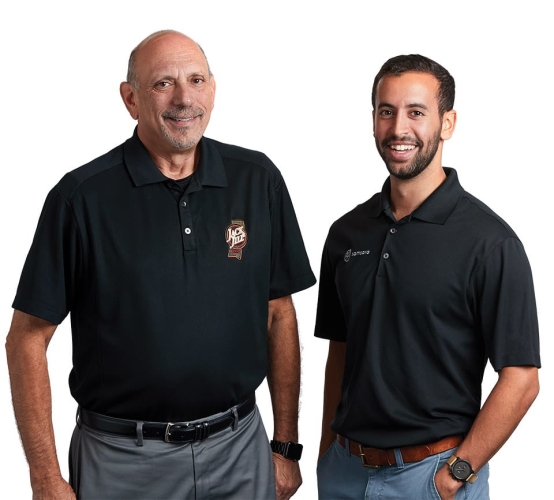